Three station were temporarily located in Finland as part of the TOR and SVEKALAPKO projects. NARS-TOR/SVEKALAPKO can also be seen the northern extension of NARS-DEEP with stations from St.Petersburg to the Black Sea. NARS-TOR/SVEKALAPKO was operated in collaboration with the University of Helsinki. 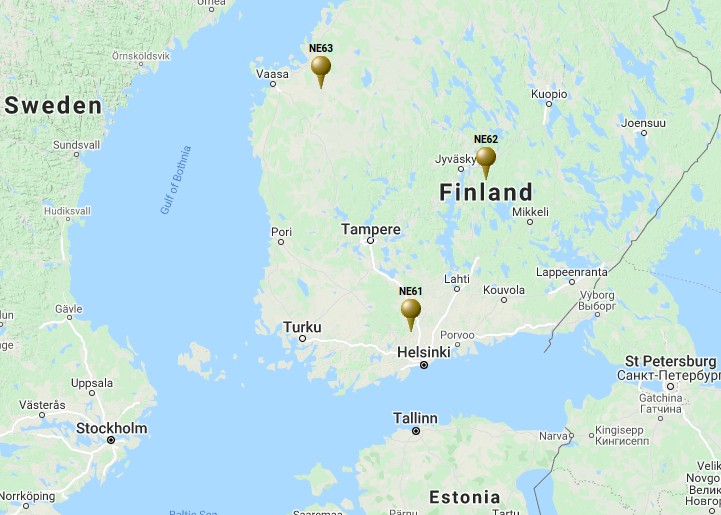 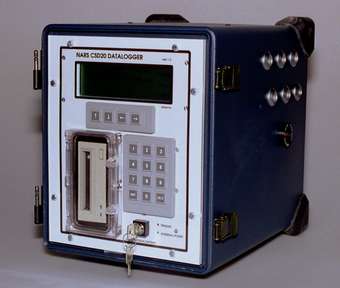 The Seismology Group of Utrecht University developed the NARS CSD20 seismic data logger together with the Dutch company Interay (Burgum, Friesland). One of the first data loggers equipped with a DSP (Digital Signal Processor) for filtering and decimating the signal. This allowed a resolution of more than 20 bits to be achieved. Data was stored on DAT (Digital Audio Tape)  which could hold 3 GByte of data. For precise timing we use a GPS smart antenna.

Two horizontal Kinemetrics SL-220 and a vertical SL-210 where used. The sensors are tuned to an eigenperiod of 12 second and by use of a pre-amplifier with shaping filter, the response for lower frequencies could be extended significant. This made the vertical seismometer very sensitive to temperature and therefore placed in a polystyrene box. 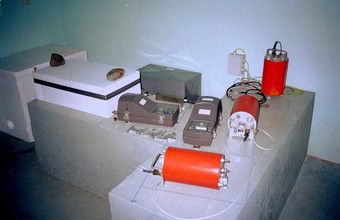 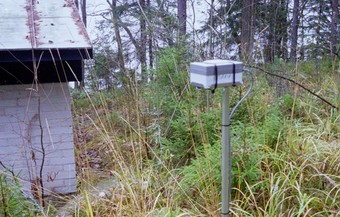